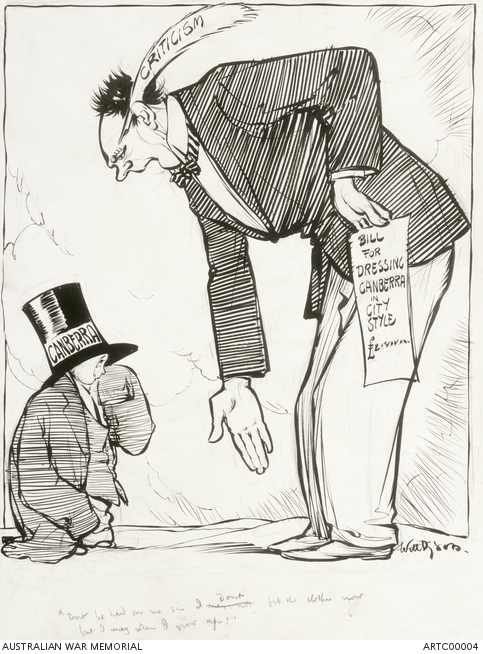 Depicts a figure of a man, bending over a small child and chastising him. Above the man's ear is a feather quill with the word 'CRITICISM' on it, and he holds a bill with the words 'BILL FOR DRESSING CANBERRA IN CITY STYLE....' on it. The small child is crying and wearing an oversized jacket and top hat on which is written 'CANBERRA'.