With the tunnellers near Nieuport

With the tunnellers near Nieuport 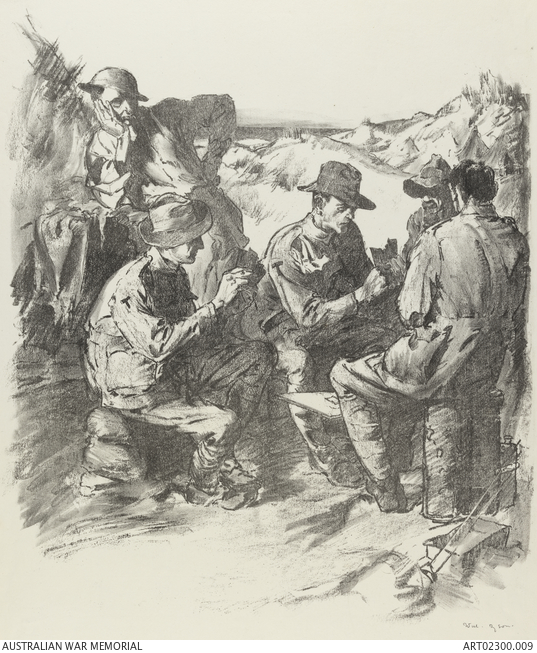 Depicts a group of Australian soldiers (tunnellers). One is seated and reading a letter, while another three are seated and playing cards. One tunnellers stands, wearing a tin helmet, his head resting wearily on his left hand. Dyson, along with Charles Bean, visited the location near Ypres, where the First Australian Tunnelling Company had operated for seven months prior to Messines. At Hill 60 there had been extensive German mining activity for the Australian tunnellers to counter.