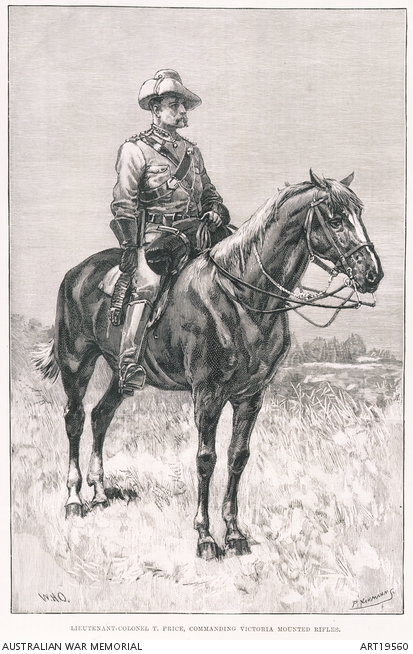 Lieutenant-Colonel Tom Price was appointed by the government in 1885 to raise, command and organise a colonial corps known as the Victorian Mounted Rifles. It numbered about 1000 and was purely voluntary. Lt. Col. Price entered the British army in June 1861 and served with the 103rd Fusiliers and Madras Staff Corps until 1883, when he was employed in organising police in a similar fashion to the Victorian Mounted Rifles. This wood engraving was published in the Illustrated London News, 13 September, 1890, p 34. William Heysham Overend (1851-1898) was a British artist and illustrator.