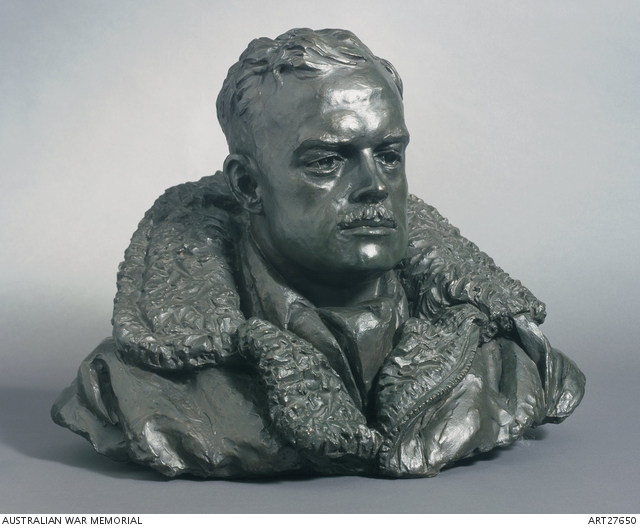 Bronze bust of Wing Commander Charles Ernest Martin (Service no. 402059). Nicknamed Chad, he served with the Royal Australian Air Force (RAAF) from 29 April 1940 to 29 October 1945. During this time he flew on 50 missions over Italy and Germany and on one occasion going over the Berlin target alone after not clearly receiving the Squadron recall message. Martin re-lived this particular experience with good humour and honesty in a 1944 RAAF publication for the Australian War Memorial, 'RAAF Saga':

"Fifty miles west of Berlin we altered course to starboard, intending to attack from the south west. On approaching the chain of lakes which stretch on that side of the city there seemed to be an ominous lack of activitiy from the defences. There were no other bombers about! We realized that the signal had been a recall. Here we were, just a lone duck, and a bloody stupid one at that".