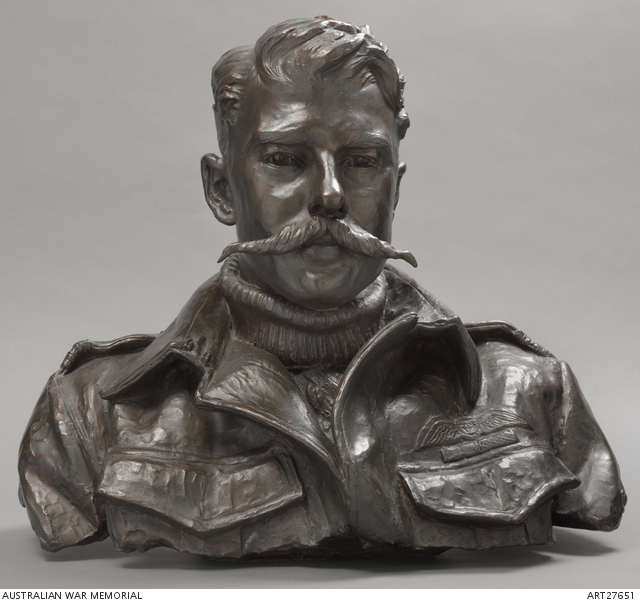 Lieutenant Allan William Russell Triggs, MBE, DFC of 172 Squadron RAAF. In August 1943 Lieutenant Triggs was engaged in night patrol duties over the Bay of Biscay when one engine of his Wellington failed and he was forced to ditch in the sea. Owing to Trigg's actions, the crew survived the crash and the next six days at sea until they could be rescued. Trigg's courage and leadership during this ordeal led to the award of the MBE. Later in 1942 and in 1943 Triggs carried out aerial night attacks on submarines, on one occasion returning successfully after an engine had fallen from his aircraft into the sea. For these actions Triggs and his navigator, Colin Badham, received the DFC.

Triggs was one of seven airmen who posed for Barbara Tribe, an Australian sculptor who was seeking to maintain her sculptural work in wartime England. The busts were created under difficult conditions and the sculpting had to be squeezed into the evening hours, yet Tribe had official sanction and the assistance of Air Vice Marshal Henry Wrigley, who arranged for the airmen to sit for her. The busts were executed swiftly and surely over half a dozen two hour sittings. Lieutenant Triggs' bust was originally cast in plaster in 1943 however in 1970 a bronze cast was created and was acquired by the Australian War Memorial.