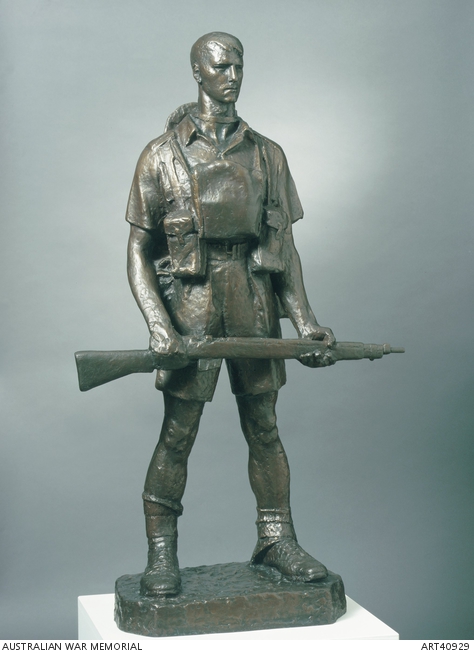 Dadswell completed two versions of 'Soldier in summer dress'. The sculpture depicts an Australian soldier holding a rifle and wearing 'summer dress' consisting of shorts, short sleeved shirt and boots and socks. The first was made in the Middle East, but was badly damaged in transit to Australia, and later destroyed. Dadswell then worked on a second version in Sydney, on his return to Australia in 1942, from which this bronze was cast in 1985.