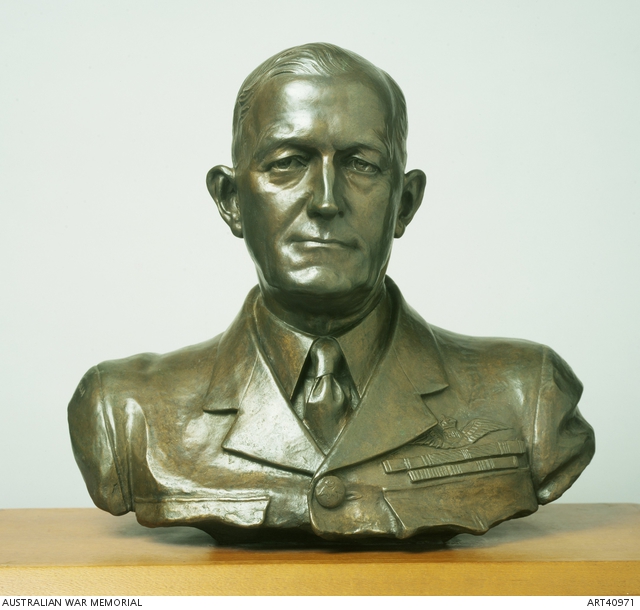 Bronze bust of Air Vice Marshal Henry Neilson Wrigley. Cast in 1986 from plaster made in 1943.

Air Vice Marshal Henry Neilson Wrigley CBE DFC AFC (Service no. 6) was born in Collingwood, Victoria on 21 April 1892. Formerly a teacher, he enlisted with the RAAF on 1 October 1916 flying with various squadrons over Europe, before returning to Australia on 6 May 1919. This experience from the First World War was marked by Wrigley's exceptional service to duty, on one occasion near ORS he flew over enemy lines at low height, bombing parties of enemy infantry. He persisted with his attack despite intense machine gun and rifle fire. During the interwar period Wrigley returned to the RAAF, mapping a flight path from Melbourne to Darwin and in 1935 publishing 'The Battle Below', a history of the First [Third] Squadron in the First World War.

During this time he progressed rapidly through the RAF College and at the outbreak of the Second World War was appointed to several senior positions and assisted in the formation of the Women's Australian Auxiliary Air Force. In 1941 Wrigley was honoured with a Commander of the British Empire. The following year, he was sent to London as ACC RAAF Overseas Headquarters. He retired from the RAAF in 1946, returning to settle in Melbourne. He died on 14 September 1987.