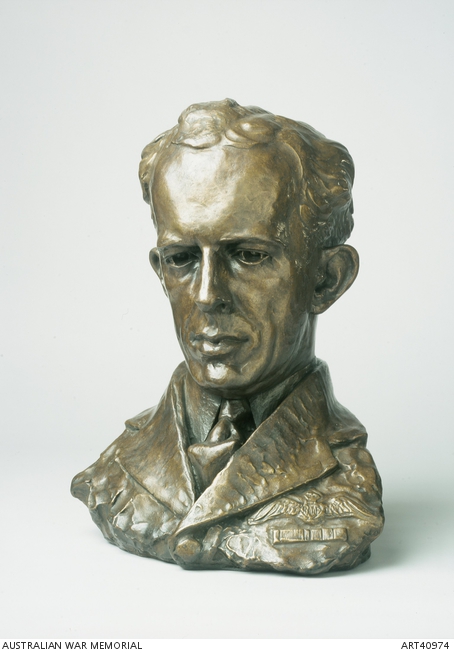 Bronze bust of Squadron Leader Colin Braidwood Walker (Service no. 404610). Walker was a pilot and flew Coastal Command. In 1944 he was award a Distinguished Service Order for, as his citation reads "flying Sunderland under attack by eight junkers 88". The incident was noted with admiration by the Chief of the Air Staff, Air Chief Marshall Sir Charles Portal. His views were printed in the 1943 RAAF Log:

"I have just received an account of a fight by a Sunderland against eight junkers 88 on June 2. I should like Flight-Lieutenant Walker and the surviving members of his gallant crew to be told of the admiration and pride I felt on learning the details of this epic battle which will go down in history as one of the finest instances in this war of the triumph of coolness, skill and determination against overwhelming odds".