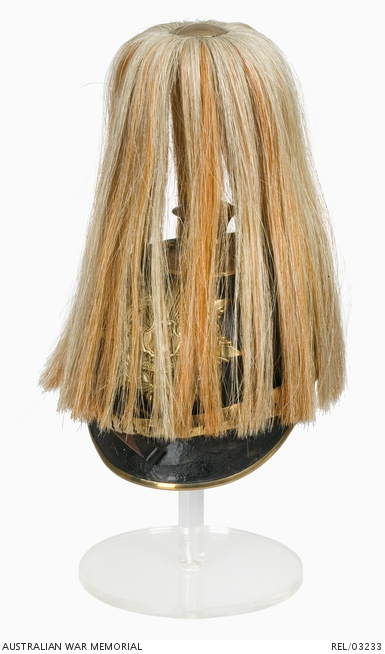 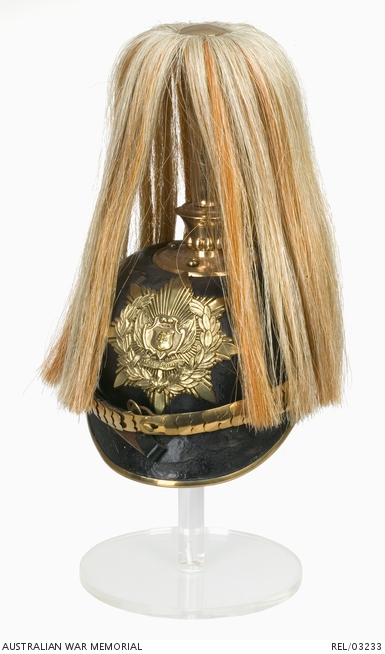 Worn by men in the Orange Free State Artillery Corps (Korps Artillerie Orange Vrystaatse) in the lead up to the outbreak of the Anglo-Boer War. The Orange Free State military was based on universal service in the Commando units. The artillery corps was the only professional force in the military, and the only one to be issued with a uniform. Their uniform was a copy of Imperial German artillery uniforms.

This pickelhaube was acquired by Captain James Alexander Liebmann of the Imperial Yeomanry. Liebmann was an instructor of German at the Royal Military College, Sandhurst, before the war. He joined the 95th Company, 24th Battalion (Metropolitan Mounted Rifles), Imperial Yeomanry, when it was raised in London on March 1901. He served with the unit in South Africa until returning to England in late January 1902. In April of that year he travelled to Australia where he worked as a military coach. He brought with him the items he had acquired in South Africa and donated them in 1903.