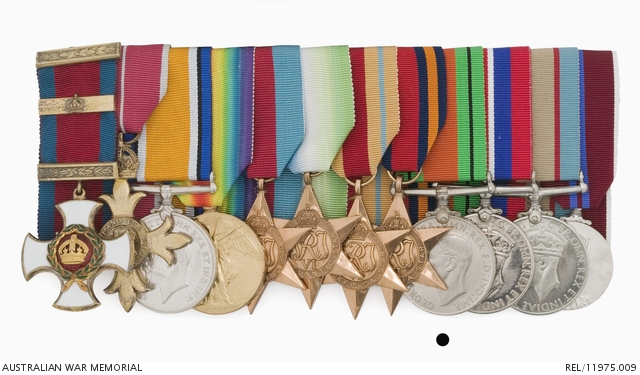 Born in Sydney, New South Wales in 1901 Alvord Sydney Rosenthal attended the King's School, Parramatta before entering the Royal Australian Naval College in 1915, from which he graduated in 1918.

Sent to Britain for further training he was promoted midshipman on 1 January 1919 and joined the battleship HMS Ramillies. He was present when the German fleet was scuttled at Scapa Flow in June. In 1920 he saw service in the Bosphorous and Black Sea. Rosenthal completed his training in Britain and was promoted lieutenant in 1923, lieutenant commander in 1930 and commander in 1937. Between the wars he served in HMA ships Anzac, Geranium, Success, Australia, Waterhen, Vendetta and Canberra, as well as HM ships Tempest and Marlborough.

At the outbreak of the Second World War Rosenthal was appointed to command the armed merchant cruiser HMAS Westralia escorting convoys in Australian and Netherlands East Indies waters. In May 1941 he took command in Britain of the newly commissioned destroyer HMAS Nestor and was part of the force that hunted down the German battleship Bismark. Nestor then joined Force H in the Mediterranean and narrowly escaped being a torpedoed by a submarine on 21 July. Three days later the convoy she was escorting was attacked by air and enemy torpedo boats, which hit the troop ship Sydney Star. Rosenthal organised the evacuation of 460 troops and part of the ship's crew. After temporary repairs Sydney Star was able to proceed the next day, and although both ships were again subjected to heavy air attack the Nestor fought them off and the ships reached Malta safely. Rosenthal was awarded the Distinguished Service Order for the action.

In December, south of Cape St Vincent, off Portugal, the Nestor sighted the German submarine U-127 and sunk it with depth charges. Rosenthal was awarded a bar to his DSO.

Nestor spent the next five months with the Far Eastern Fleet before returning to the Mediterranean to take part in operations to supply Malta. On 15 June 1942, while escorting a convoy, Nestor was severely damaged by enemy bombing near Crete, which had already sunk two ships. Attempts to tow the ship to Alexandria failed. Her crew were evacuated and Nestor was sunk by HMS Javelin the following day.

Rosenthal served as Australian naval attache in Washington between October 1942 and November 1944. He was promoted captain in 1945. Post war he served at Navy Office in Melbourne. He was appointed an officer of the Order of the British Empire in 1951. Rosenthal retired in 1961 with the rank of honorary Commodore. He died in 1975.