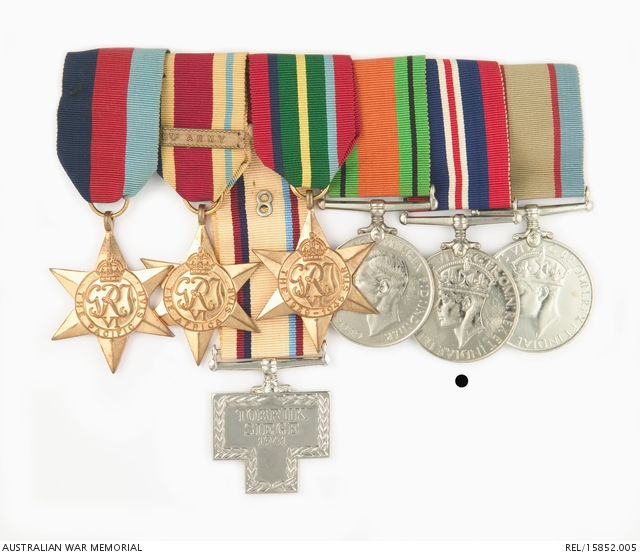 SX5560 Corporal John Dermott Quinn was born at Clare, Western Australia in October 1911. Prior to his enlistment for service in June 1940, Quinn worked as a shearer. He embarked for overseas service with 2/43 Battalion in December 1940 and disembarked in the Middle East in February 1941, via Colombo. He served with 2/43 Battalion in the Middle East until January 1943, when the battalion was withdrawn and redirected to New Guinea via Australia in August 1943. During this time Quinn was promoted to the rank of corporal. He served with his battalion in New Guinea until they returned to Australia in January 1944 and then again in Borneo from April 1945 to October 1945. Corporal Quinn was discharged from service in November 1945 having served a total of 1984 days during the war, 1150 of which were conducted overseas.