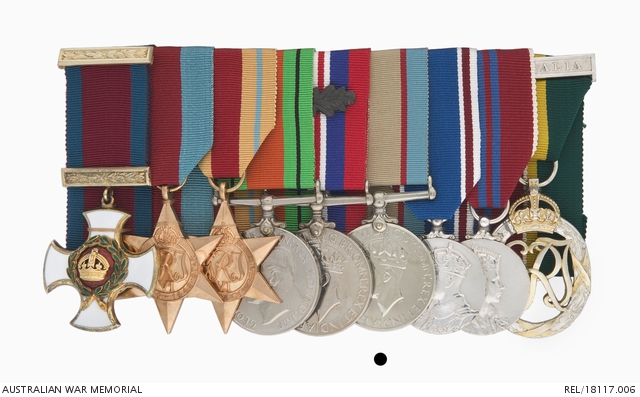 TX2001 Horace William Strutt was born in Hobart, Tasmania, in 1903. He joined the militia in 1924 as a lieutenant in the Field Artillery. He was promoted captain in 1928, and major in 1933. Between 1934 and 1930 he served as aide-de-camp to the Governor of Tasmania. In March 1938 Strutt was promoted to lieutenant colonel and commanded 6 Field Brigade (AMF). He enlisted in the Second AIF on 24 October 1939 and was given command of 2/3 Field Regiment. After service in North Africa the regiment was sent to Greece in 1941. During the desperate fighting against the Germans in Greece Strutt was awarded the Distinguished Service Order. He was also mentioned in despatches. His regiment, together with Australian, New Zealand and British forces retreated to Crete. In May 1941 Strutt was given temporary command of the New Zealand Division's artillery and led his forces with distinction in the futile defence of Malame airfield before supervising the evacuation of Allied troops in the face of the German advance. He was subsequently appointed to command 6 Division's artillery in North Africa before returning to Australia in 1942 to take up the appointment of Brigadier commanding artillery in Northern Territory Force. Strutt was discharged from the army in 1944. After the war he served as Liberal member for Denison in the Tasmanian Legislative Assembly between 1946 and 1969. He died in 1985.