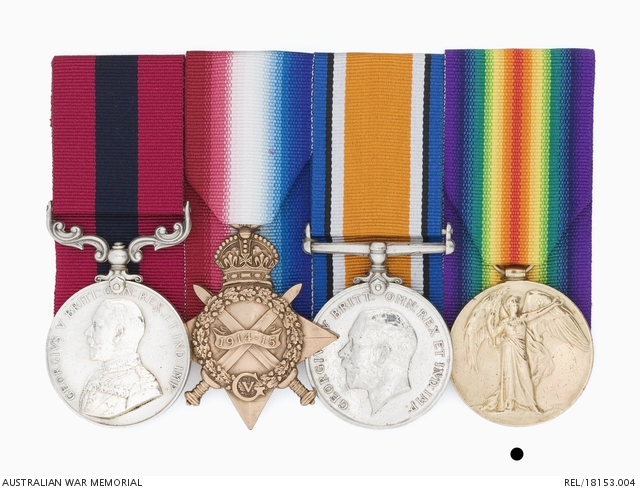 Charles Henry Livingstone was born at Fremantle, Western Australia, in 1892. In 1912 he travelled to NSW, intending to see the eastern states before returning to his home at Harvey, WA. He was working in Sydney as a tram conductor when war broke out, and enlisted in October 1914, sailing as Trooper 663 with the 1st Reinforcements to 6 Light Horse Regiment. Livingstone landed at Gallipoli with his regiment on 20 May 1915, and served there until the evacuation. He continued to serve throughout the Sinai and Palestine campaigns, and was awarded the Distinguished Conduct Medal for his actions near Dhaheriye, north east of Beersheba, on 3 November 1917. Livingstone was en route to Australia on 'Anzac leave' when the war ended. He was discharged with the rank of Corporal in January 1919, and after a brief period in Western Australia, returned to NSW, where he worked as a tram driver in Sydney for 40 years. In retirement, he moved to Tasmania to live with his daughter, and died at Launceston in May 1985.