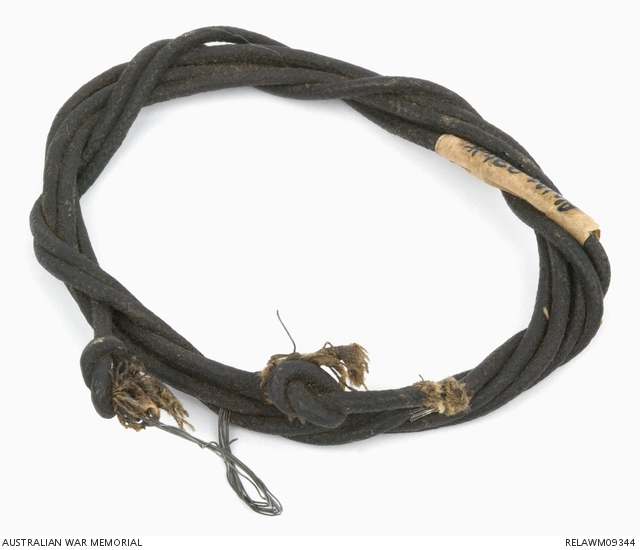 Length of telephone wire covered in black coloured insulation. Attached to the wire is a tag.

This length of wire cable was obtained from the telephone used by Sergeant Arthur Robert Henry Joyner of the 1st Divisional Signal Company when recieving the last messages sent to the advanced trenches during the Evacuation of Anzac.

As an original 'first day lander' at Anzac, he took one of the most recognised photographs of the AIF landing. This image can be viewed on the Memorial website as P00035.001.

Joyner was later killed in action in France on 4 December 1916.