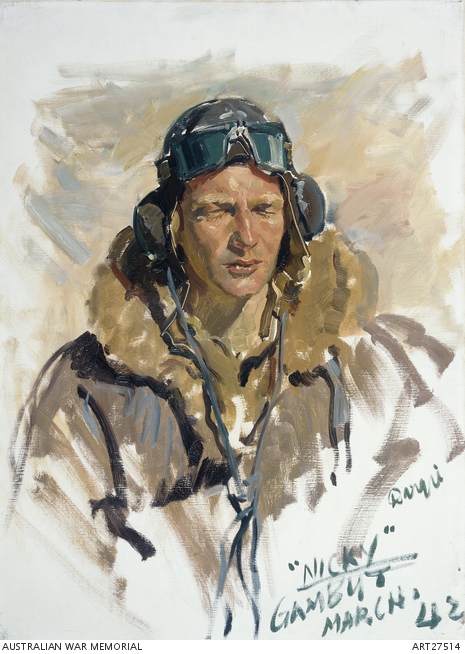 Flying Officer Andrew William "Nicky" Barr, DFC (later OBE, Bar to DFC, MC), Royal Australian Air Force, service number 035392 (250774). Painted on his return from an operational flight. The sun was so bright that the sitter had to keep his eyes closed whilst the picture was in progress. Nicky was a comparative newcomer to the Squadron, and had achieved remarkable success in his few flying hours. On one occasion he was aided by the Senussi; managed to make his way back to base on foot, through the enemy lines, Gambut, Libya, 1942.