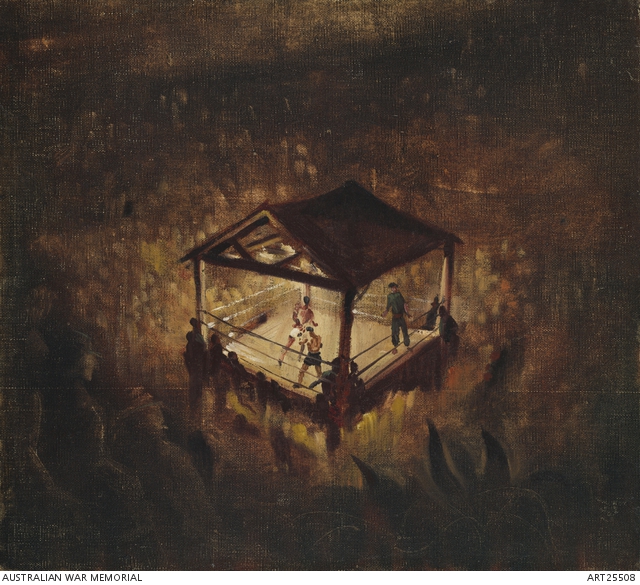 Wewak Point Stadium on a Saturday night after the surrender, featuring one of the recreational activities provided for the troops after the Japanese surrender. The Aitape-Wewak campaign, fought in New Guinea, was the final campaign for the 6th Division. It was a slow and taxing campaign, fought from late 1944 until the end of the war in August 1945.