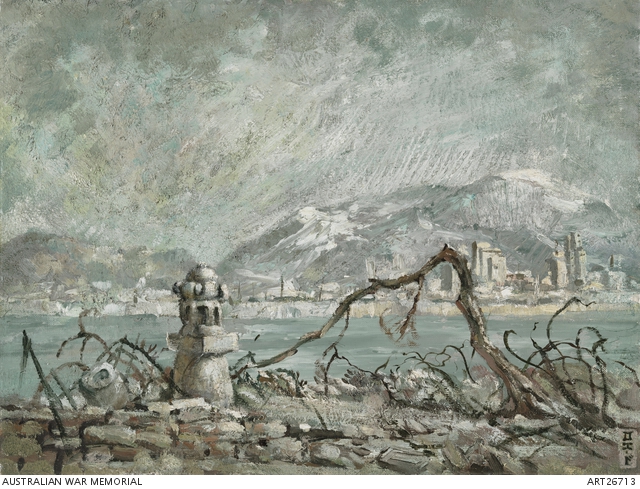 A view of the bombed ruins of the city of Hiroshima during snow storm. Pictured in the foreground is a stone lantern, rubble, and some tree branches. On the other side of a body of water is the bomb damged city, and the snow covered surrounding hills.

Scenes of the destroyed city were recorded by Australian official war artist Lieutenant Reg Rowed (1916-1990) in 1946. Rowed was deployed to Japan with the 12,000 Australians serving in the British Commonwealth Occupation Force. From 1946 to 1952 Australian forces were responsible for Hiroshima Prefecture, site of the first atomic bomb attack in history.