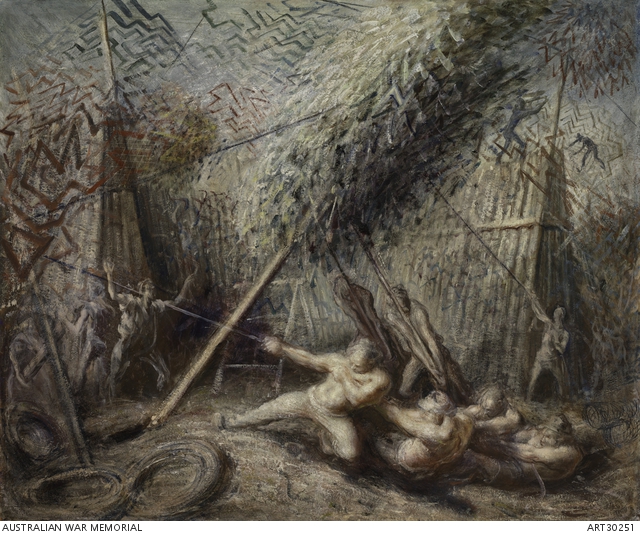 Members of the Civil Construction Corps (CCC) erect camouflage netting and a dummy tree at Menangle, near Bankstown, Sydney. Originally built as a racecourse, Menangle Park was converted into a military base during the Second World War, providing training facilities for troops, complete with an airstrip in the middle of the track. The use of dummy objects as a means of concealment and deception increased as the war progressed. Faithful representations of the real object, some instances involved dummy houses and trees, even fake roads, were intended to disguise army bases and aircraft hangers as civilian farms. Here, the men strain under the weight, their bodies virtually horizontal with the ground, as they hoist a dummy tree into place.