A Concert in the Mess 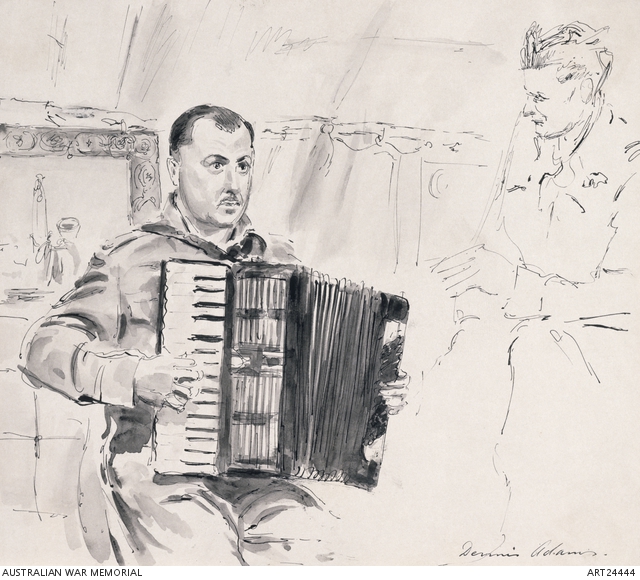 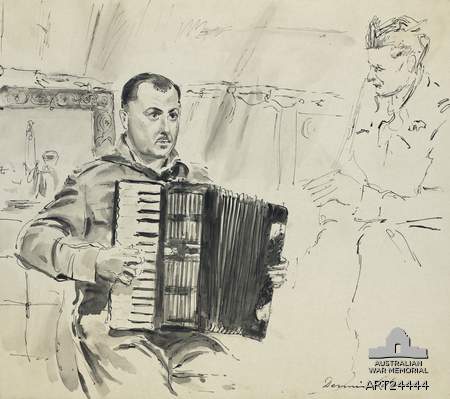 One of the few members of No. 3 Squadron who played an instrument was one of the flight mechanics, Leading Aircraftman William Joseph (Chippy) Chipperfield, who would always bring his accordion along to the pilots services which Padre McKay conducted in the Mess one night each week. After the Padre had gone, the evening often developed into a party in which "Chippy's" music played a major part.