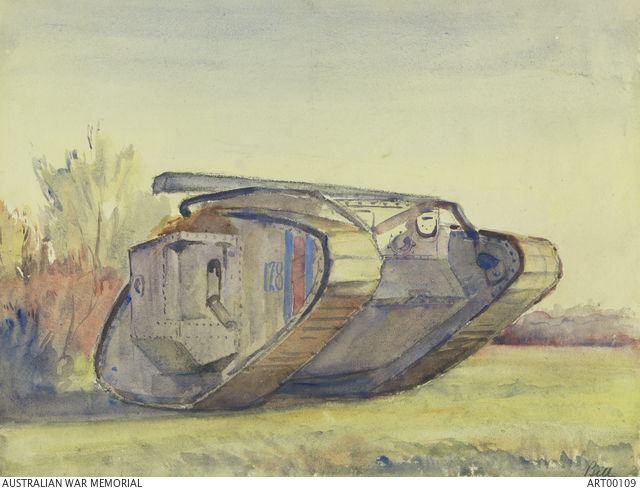 Depicts an image of a British Mark IV 'male' tank resting in a field. The Mark IV male tanks carried 6-pounder guns, in contrast to the 'female' tanks which carried Lewis guns. There was one male to every three female tank. The role of the female tanks was to protect the male tanks while the males attacked enemy fortifications. The male tanks had more punch and were capable of knocking out a pill-box.