Training in the desert, Mena 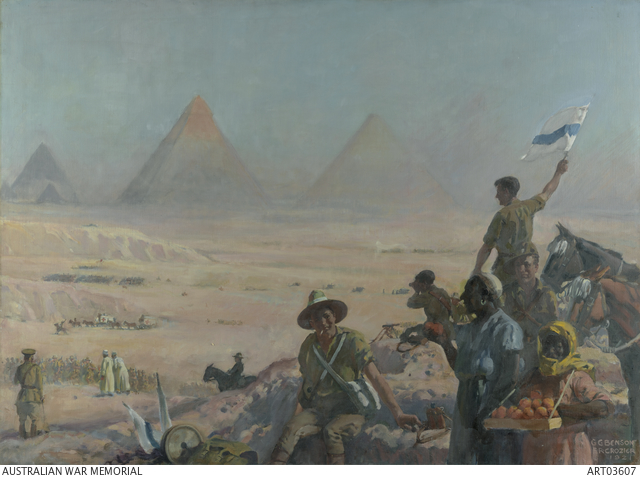 After the men of the 1st Division, AIF, landed in Egypt in December 1914 they were given a period of training around Mena to prepare them for active service. The desert training was exceptionally intense and occupied at least eight hours each day except Sundays. In every depression around the Pyramids groups of men advanced, attacked, retired, drilled or squatted on the sand for lectures. To reach the training grounds from their camps meant a march of several kilometres through soft sand, with full kit and heavy packs, and another march back after the day's work. Parched and sweating soldiers enjoying the brief respite of a "stand easy" were eager customers of enterprising fruit-sellers, with their cries of "Oringees, varee nice, varee sweet". Training continued for four months, until the division embarked for Gallipoli.