Bombing up a Lancaster for Wing Commander Douglas 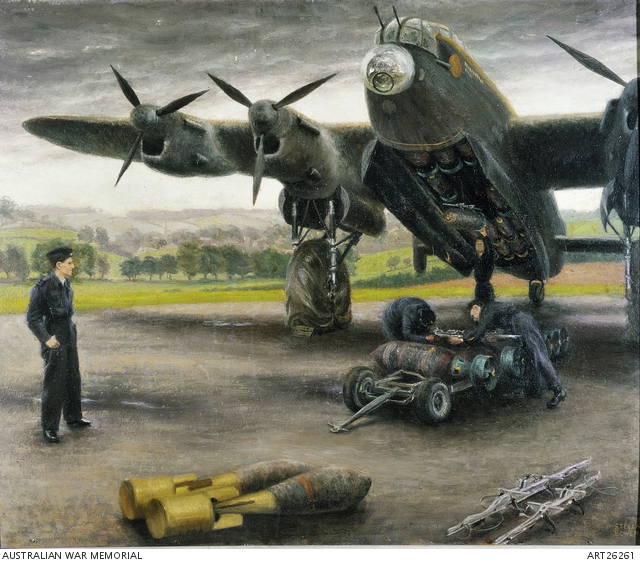 Loading bombs onto a Royal Air Force Avro Lancaster bomber for Bomber Command. Aircraft has protective cover over starboard wheel. Seen in the foreground are two loose bombs and a pair of universal bomb carriers. In the middle ground is a bomb trolley loaded with bombs. Single figure in battle dress uniform at left foreground. The Avro Lancaster looms large and menacing in the background like some great bird of prey. The figure is Squadron Leader 403564 Wing Commander John Keith Douglas, who was shot down over Muster, Germany on 8 February 1945. Douglas was the youngest Squadron Leader in the RAAF at 23 years of age.