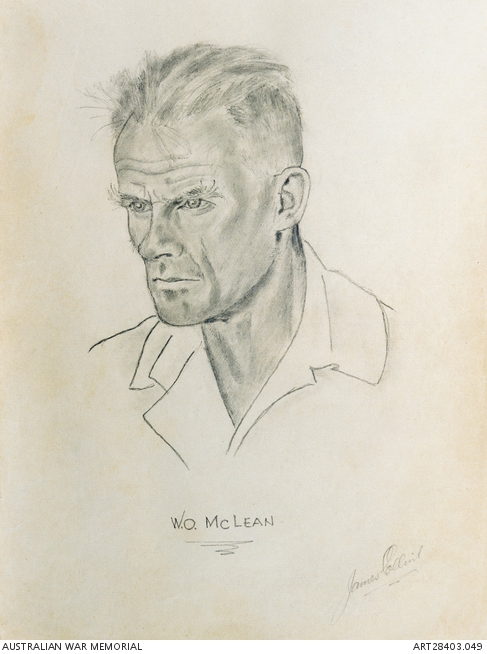 Portrait of Warrant Officer Alexander McLean, prisoner of war on the Burma Thailand Railway. The artist, Jim Collins, was a member of A Force, one of the work parties forced to construct the Burma-Thailand Railway. By the beginning of 1943 many prisoners had died and it was clear to their senior officer, Brigadier Arthur Varley, that the number of deaths would only increase. Collins was instructed by Varley to draw "portraits of fellow POWs, some of whom would not survive the war." The drawings - almost 100 of them - were done in secret using rudimentary materials provided by Varley. It was intended that the collection be kept together as a reminder of the men who had died and the suffering endured by the survivors. The artist wrote: 'The big majority of the subjects were AIF personnel; the balance being of other Allied POWs in the same area'.