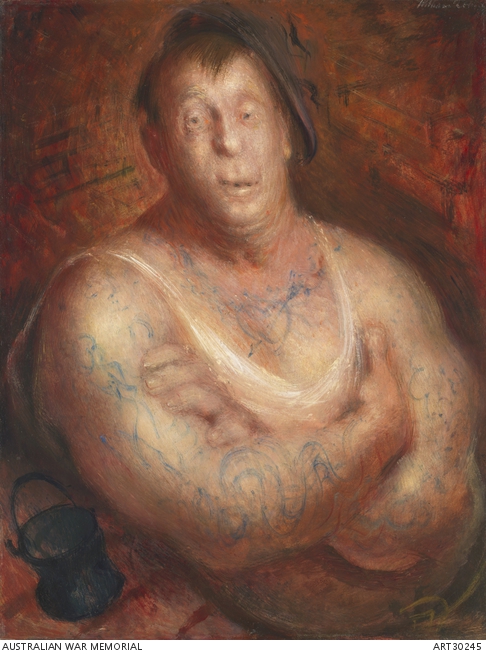 A portrait of Irishman Joe Westcott, painted at the Rathmines air base during the Second World War.

Dobell wrote of his model:
"He was a Glasgow Irishman & his name was Joe Westcott. He was more interested in political argument than boiling the billy - which was his only job. Whenever we were waiting for our tea at morning or afternoon smoko, Joe, a dinkum bush lawyer, was trying to shout someone else down in an earbashing contest, and we often had to boil our own billy. I painted him at Rathmines Air Base, where I worked on camouflage with Joshua Smith and a lot of other artists."