A voice from Anzac 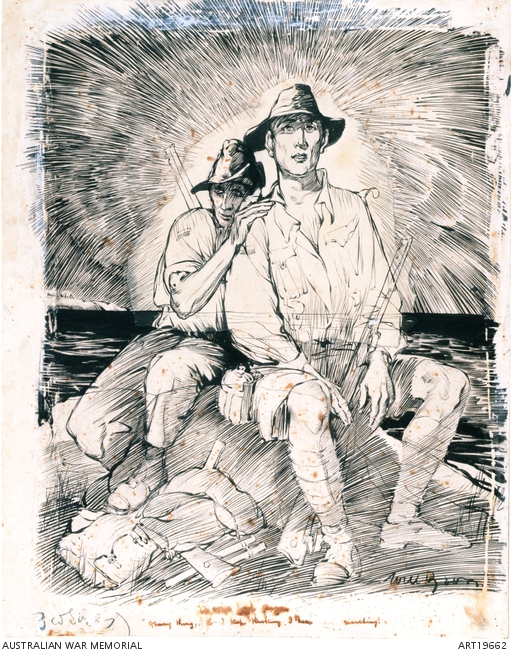 Depicts two ghostly figures of soldiers seated on a rock in front of Anzac Beach at Gallipoli. The soldier hold their rifles and look wistfully and melancholically out towards the viewer. They are bathed in a glowing light. One thousand copies of this work were produced to present to the Victorian Branch of the Returned Soldiers' League for distribution to ex-soldiers requesting reproductions during the 1920s. The work was also reproduced in the Melbourne 'Herald' on 25 April 1927. Will Dyson was the first Australian official war artist to visit the front during the First World War, travelling to France in December 1916, remaining there until May 1917, making records of the Australian involvement in the war. He was formally appointed as an official war artist, attached to the AIF, in May 1917, working in France and London throughout the war. His commission was terminated in March 1920.