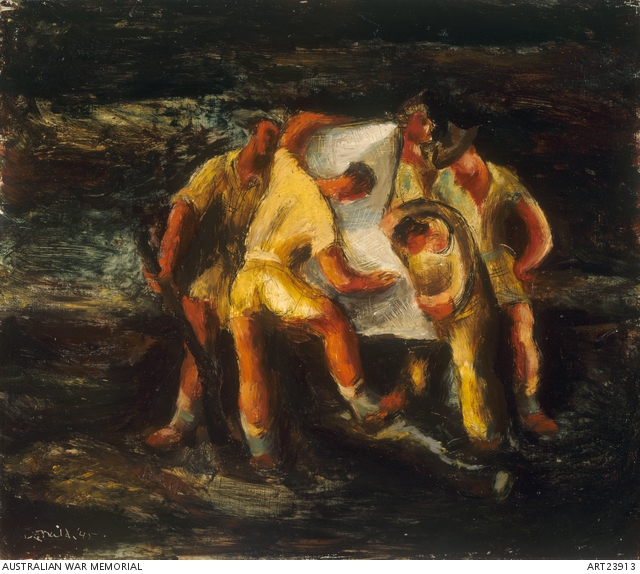 Depicts a group of men, reading a map at night. Towards the end of the Second World War there was pressure to commission a greater variety of artists for the official war art scheme. Friend was recommended by Sydney Ure Smith, who had published Gunner's diary, and Louis McCubbin, Director of the Art Gallery of South Australia, who was advisor to the Memorial's art committee. Gunner's diary revealed Friend to be an eccentric artist of great talent who was also able to write with insight and humour about his experience. He was commissioned in 1945, working with the Royal Australian Air Force in Labuan and the 7th Division AIF in Borneo. Friend later worked in Balikpapan, but his plans to stay in the Pacific to record the surrender of the Japanese and the liberation of allied POWs were cancelled when he had to return to Australia with a severe tropical rash on his hands.