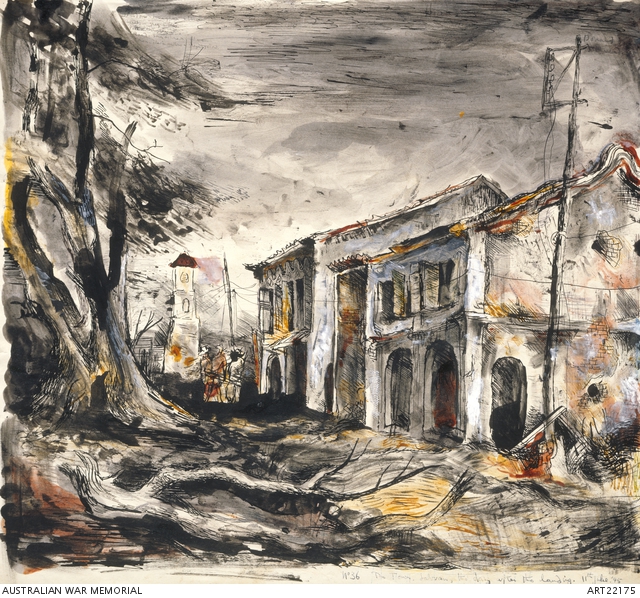 Depicts the town of Victoria on Labuan, Borneo, the day after the landing by troops of the 24th Australian Infantry Brigade were entrusted with the task of re-occupying the island as part of the Borneo campaigns. Donald Friend was in Labuan, an archipelago off the coast of Borneo, in June 1945. Of the town of Labuan he wrote in his Diary on 20 June 1945; 'To the town, sketching all morning, with some interesting results. One could spend a couple of months here drawing nothing but the ruins...much of the town has been cleared up- great rubble heaps removed'.