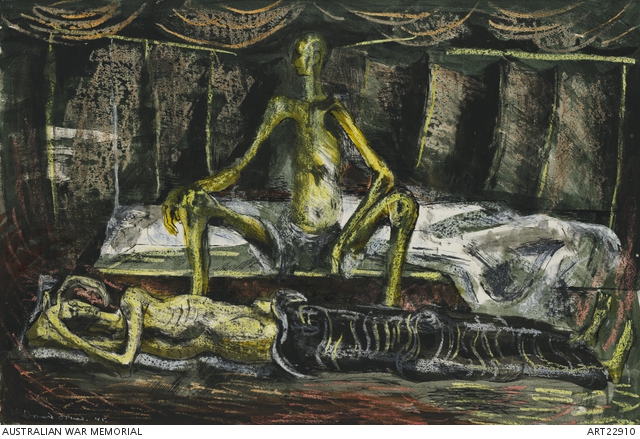 This work depicts Australians liberated from Japanese custody in Balikpapan, Borneo. Friend shows the deteriorating physical condition of the men held prisoners of the Japanese after such a long period. They were in a bad state from fever, malnutrition, beri beri and general ill-treatment. In 1942 Donald Friend enlisting with the AIF, was posted as a gunner to the artillery unit near Albury. In 1945, he was selected for appointment as official war artist. He travelled to Morotai, Labuan and Balikpapan, recording sights which confronted him and drawing in particular on the expressive potential of human form. Friend was extraordinarily prolific, producing 53 paintings and 143 drawings for the Memorial. In August 1945 he travelled to Balikpapan in Borneo.