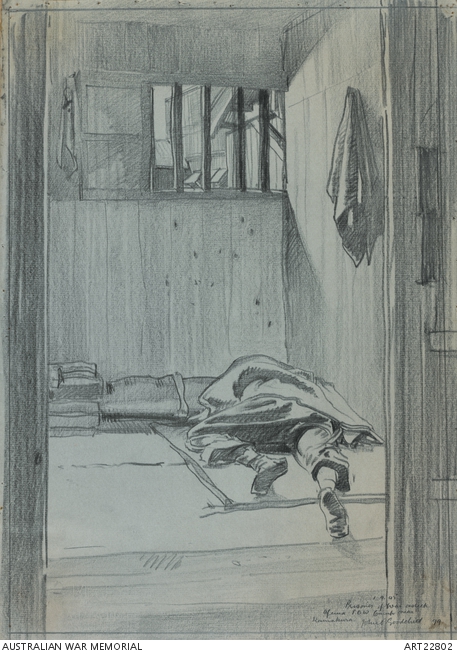 Depicts a Japanese POW asleep on the floor on a thin mattress, his body covered in a blanket and his head resting on a traditional hard pillow. When catalogued in 1945, this work was accompanied by the following text; 'Drawing shows a cell lined in threeply. This was only recently erected over an open framework, through which rain and wind added to the discomfiture of prisoners. Ofuna camp, near Kamakura, Japan, September 1945'. John G Goodchild joined the AIF on 30 April 1945 as a Lieutenant and was subsequently appointed an official war artist. His Second World War attachment took him to Point Cook, Victoria, Jervis Bay, New South Wales and Sydney and in June 1945 he departed for the South-West Pacific area. He also went to Japan to cover the Japanese surrender and the activities of the allied occupation forces.