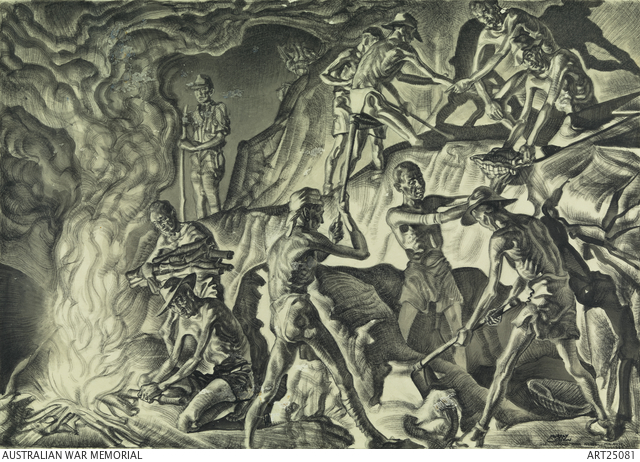 Reconstruction of scene of 'F' Force men excavating earth for the railway cutting, lit by fires, with Japanese guard watching. The billowing fire and the men in shadows gives the illusion of being in the depths of hell, a theme Griffin visited in many of his works about the Burma-Thailand railway. Griffin originally volunteered to go to the railway, thinking conditions might be better. He gave up his spot for another man and remained in Changi for the entirety of his three and a half year captivity. Griffin was appalled by the condition the men returned in from the railway. He sought to make records of events and conditions that occurred on the railway from survivor testimony.
Griffin completed this drawing with brushes made of human hair and black paint which the Changi workshop manufactured by scraping soot from an iron bar which had been held over a coconut oil lamp flame.