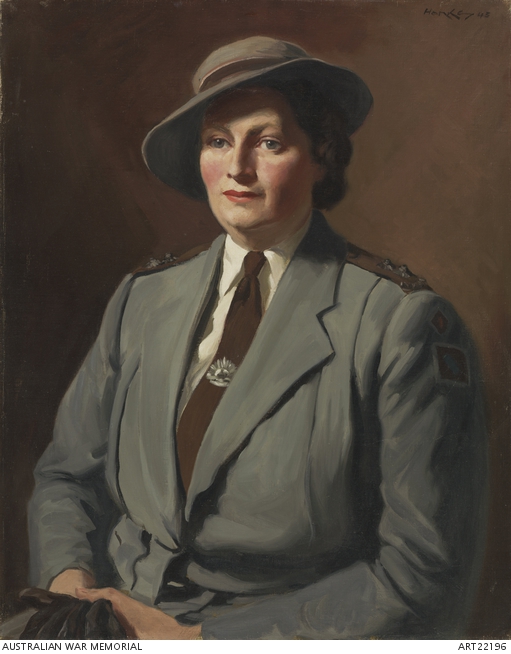 Australian Army Nursing Service; NFX76584 Sister Ellen Savage, GM, AANS. Sister Ellen Savage was the only nurse to survive the sinking of the hospital ship Centaur when it was torpedoed by the Japanese off Stradbroke Island. Although badly hurt, Savage concealed her injuries and helped the other survivors. When morale flagged as sharks circled, and ships and planes passed by without seeing the survivors' raft, Savage organised a sing-a-long.

Seaman Martin Pash recalled that Centaur "just went straight down. There was no noise or anything - a lot of people calling out, the nurses and all & The deck boy brought Sister Savage on. She had a fractured jaw. You wouldn't think there was anything wrong with her but she suffered very badly. She had broken ribs and [was] bruised and one of the fellas gave her his overcoat to put over her."

Sister Savage was awarded the George Medal for her courage during this ordeal.