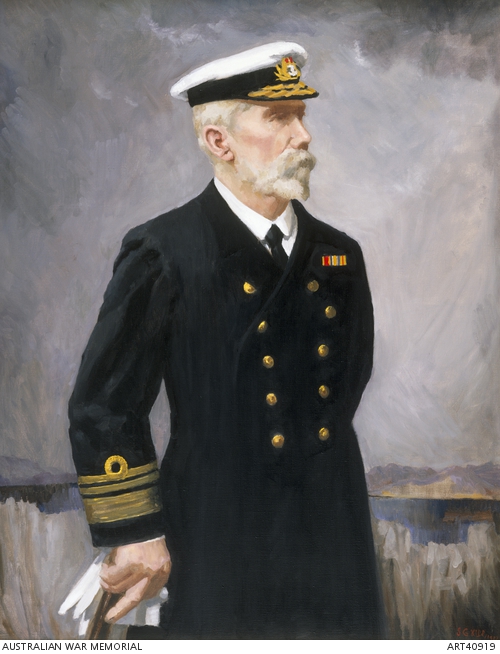 Portrait of Vice Admiral Sir William Rooke Creswell, KCMG, KBE, RAN, First Naval Member of the Australian Naval Board, commanded HMCS Protector as a member of the Fleet during the Boxer Rebellion, and first advocated an Australian naval force, then administered it when it became a reality (wearing daily uniform).This portrait of Sir William Rooke Creswell (1852 - 1933) was painted using photographs of the man and not from life. The artist, Irene Hill, produced two portraits of the man, not identical, one for the AWM and one for the naval base HMAS Creswell at Jervis Bay, NSW. He is commonly considered to be the 'father' of the Royal Australian Navy.