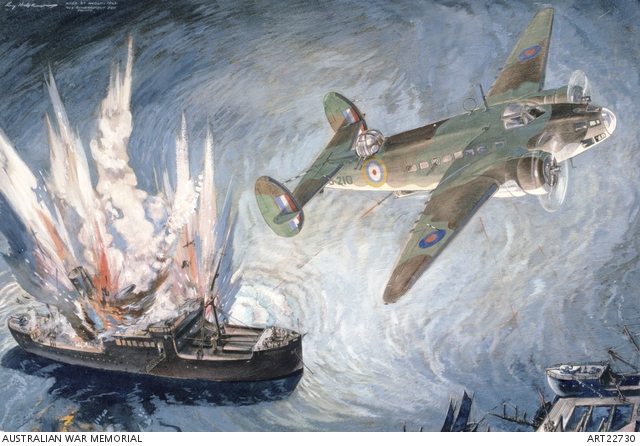 Attack on 5000 tons Japanese cargo ship in Bay of Ambon. On this occasion five bombers attacked five ships, each bomber selecting a ship. Two made direct hits - one of them, an ammunition ship, blew up and blow the bomber with it, the other ship ws definitely sunk. Two other planes scored near misses which caused as much damage, if not more, than a direct hit, as plates were stove in. The flight was led by Squadron Leader A.B McFarlaneBay, No 2 Bombardment Squadron. Lockheed Hudson bomber, unidentified Japanese cargo ship.