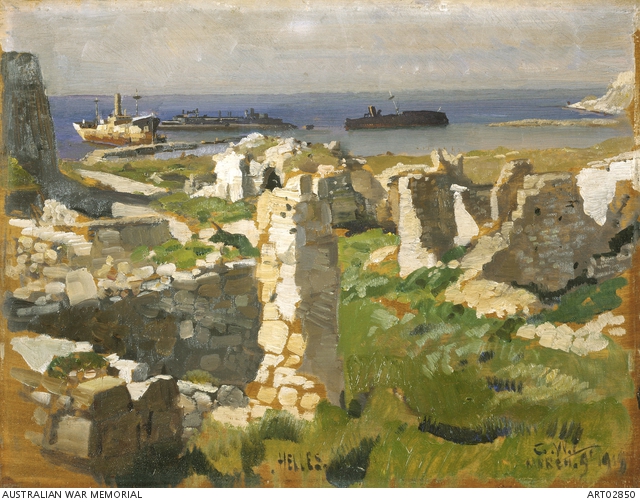 Part of the plan for the landing at Gallipoli was that a collier, 'River Clyde', should be run aground at V Beach on the southern tip of the peninsular with 2000 men of the Royal Munster Fusiliers, who could immediately disembark and join the attack on 25 April 1915. However, V Beach was dominated by the strongly fortified village of Seddel Bair. When 'River Clyde' grounded, the men who attempted to land suffered 70% casualties, and many drowned. When he visited the site in 1919 George Lambert wrote: "I did my final sketch this morning choosing Helles beach … We embark on a French boat for Constant [inople] tomorrow … and I cannot tell you how pleased I am at getting clear of this graveyard beautiful as it is nor can I explain how satisfied I am to have done what work I have done."