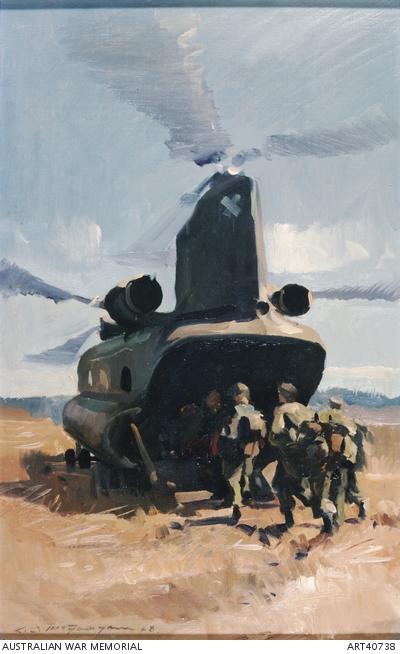 Australian troops entering a Chinook helicopter in the Bien Hoa Province in Vietnam. In this work Ken McFadyen is exploring the relationship between the men and machinery of a modern war. As almost faceless, frantic figures, the men are dwarfed by the hulking machinery that surrounds them. The soldiers are scurrying towards the sanctuary of the Chinook helicopter. They are small and almost insignificant compared to the bulk of the helicopter which dominates the painting.