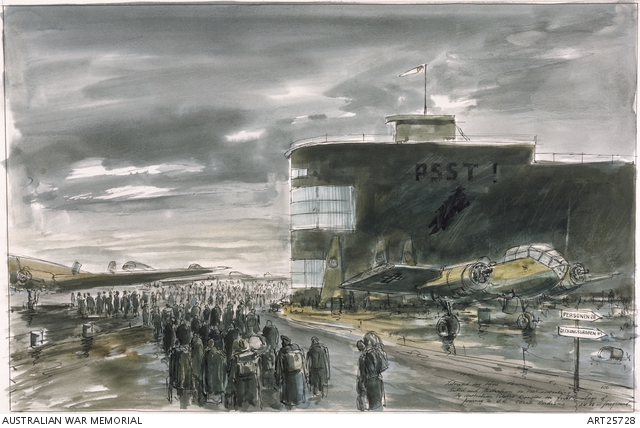 AIF and British Army POWs arriving at Celle Aerodrome, Germany, for transport to England by Australians flying Douglas C-47 Dakota aircraft. A Douglas aircraft can been seen in background, while in the foreground is a German Junkers Ju 188 F-2 bomber with its outer wing panels and propellers removed. The building in the background is the control tower and main hangar.