not titled [prisoners at table] 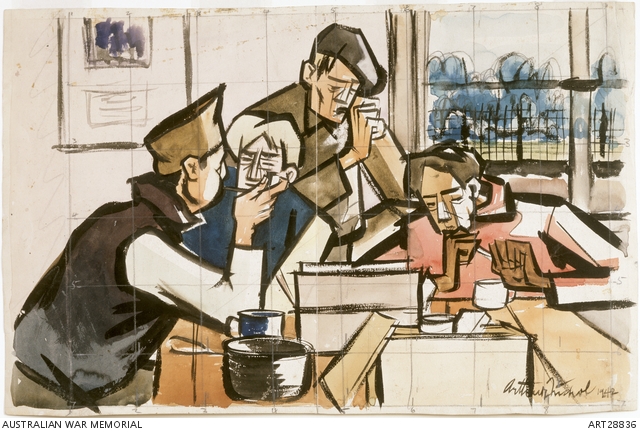 Depicts four unidentified soldiers gathered around a table smoking pipes, eating, and drinking in German prisoner-of-war camp Stalag VIII-B (later renamed Stalag 344). The fence with concertina wire can be seen through the window.