A mother of France 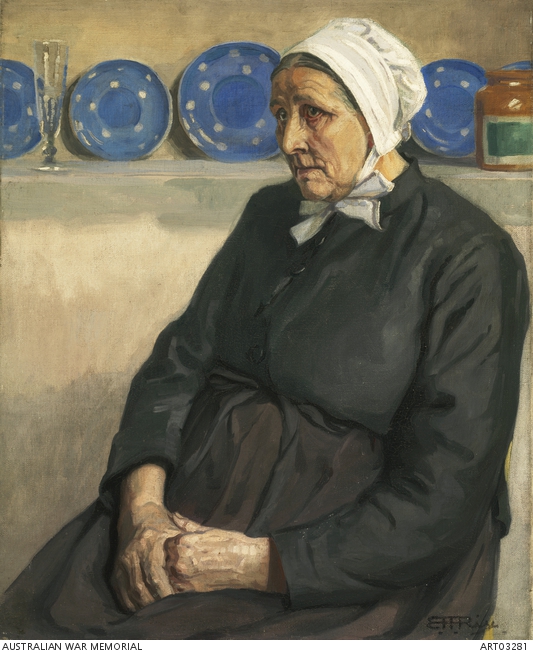 Hilda Rix Nicholas painted this old woman in Étaples, in the north of France during the First World War. The woman is depicted seated in her kitchen with her hands folded in her lap, a row of blue plates on a whitewashed shelf in the background. At the outbreak of the First World War, Rix Nicholas and her sister were living in Étaples. They later returned to London, but Rix Nicholas's mother and sister died of illness. In 1916, she met and married a fellow Australian, Major George Nicholas, who was killed five weeks later on the Western Front. 'A mother of France' can be seen as a comment on the grief of mothers whose sons are killed in war.