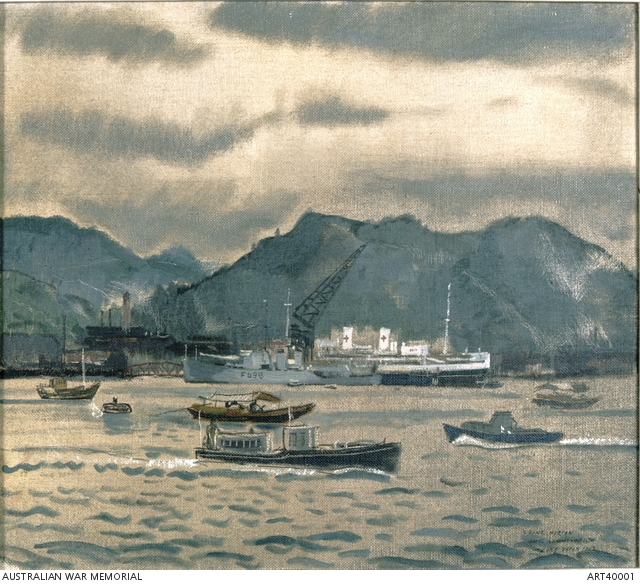 The Bay class frigate HMAS Condamine, HMCS Crusader and the hospital ship HM Maine are visible at the pontoon in front of the HMAS Commonwealth. In the foreground is RAN No.1 launch and Dory, Japanese diving boats and small civilian craft in the harbor.

This scene is one of 8 painted by official war artist Frank Norton of HMAS Commonwealth Naval base in Kure Japan in late July early August 1952 on his return from his first Korean patrol with HMAS Warramunga (I). The artist noted in a letter to the Director of the Memorial 'Ashore here at Commonwealth I have a good sized room - right on the waterfront - its quite a good studio. The port which is really run by the RAN is full of activity and I have made several oils of naval subjects here.'