The incident for which Lieutenant F.H. McNamara was awarded the VC 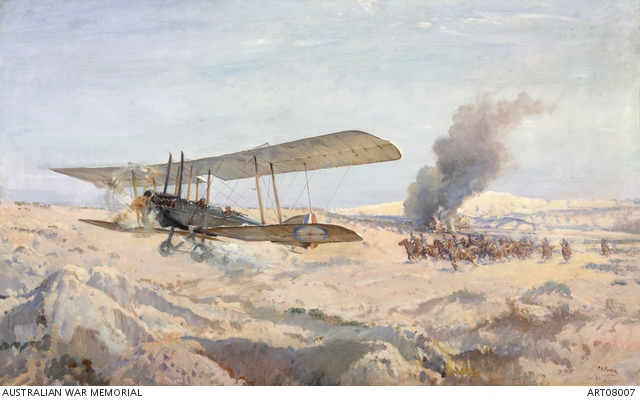 Lieutenant F H McNamara and Captain D W Rutherford were returning from an aerial bombing near Gaza on 20 March 1917 when Captain Rutherford was forced down. Although wounded and under heavy rifle fire from the Turkish Cavalry, Lieutenant McNamara landed to rescue Captain Rutherford. Upon attempting to take off with Rutherford, McNamara crashed his RE8 aircraft. However they then succeeded in starting Rutherford's machine and escaped from the enemy attack. For this exploit McNamara was awarded the Victoria Cross.