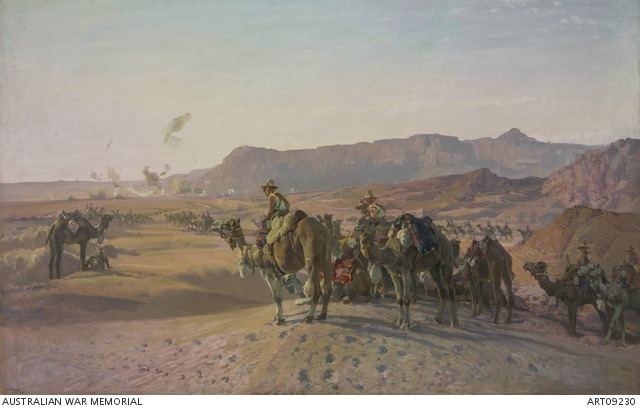 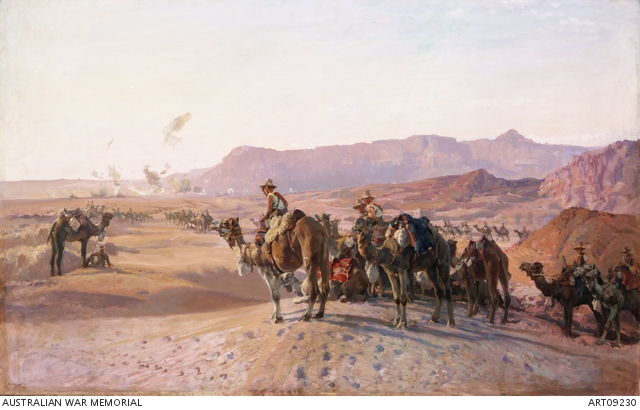 Depicts the Camel Corp 'Cameliers' at the point where they were dismounting to advance on foot at Magdhaba. The Imperial Camel Corps Brigade was raised from the Australian, New Zealand and British Armies; of its four Battalions, two and a half were Australian. On 23 December 1916, in company with the Anzac Mounted Division under Major General Henry George Chauvel, the Brigade took part in the attack on a strong Turkish post at Magdhaba in Sinai. After a night march of 80km they surprised and surrounded the Turks who were over run after a hard fight.