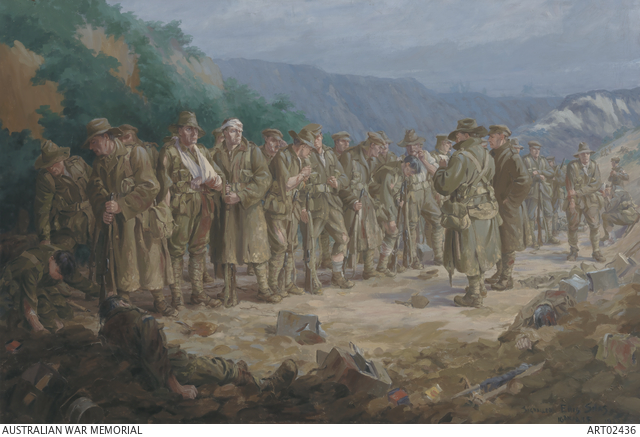 Roll call was always the most heart-breaking incident. Name after name would be called, the reply a deep silence, which would be felt despite the noise of the incessant crackling of rifles and screaming of shrapnel. This was taken the morning after the charge on Sunday night, 9 May 1915. As a signaler Ellis Silas landed on Gallipoli with the 16th Battalion, Australian Imperial Force, which was committed to constant, desperate fighting. In those first weeks the battalion was reduced to two companies. Ellis Silas was moved to paint this picture by his recollections as a survivor in the melancholy muster, which followed the withdrawal of his company from the line.