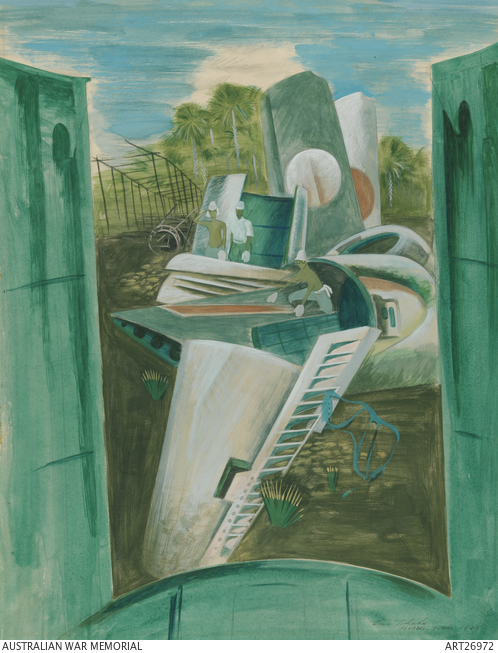 Thake shows Japanese prisoners of war clearing up the wreckage of their own planes at the air strip in Penfoei, Timor. This work is typical of Eric Thake, whose paintings and drawings are finely crafted vignettes of the aftermath of war, bombed buildings, crashed planes and deserted camps. His carefully observed studies speak eloquently of the waste and futility of war. Unlike many war artists who felt frustrated when 'left behind', Thake relished the surreal stillness of the aircraft dumps and the abandoned runways, the destroyed towns and the return to peace.