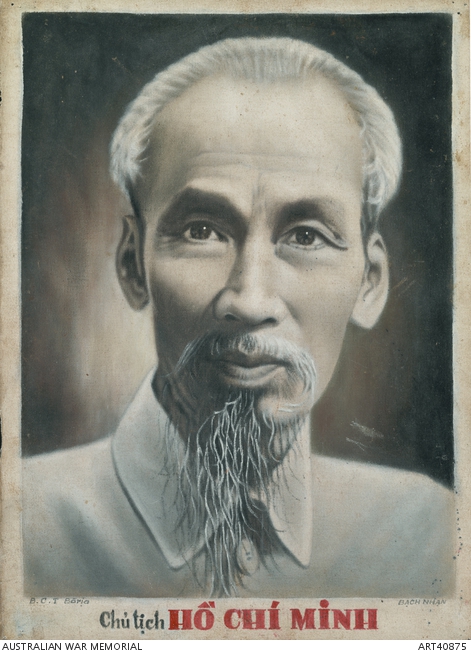 A portrait of Ho Chi Minh 1890-1969. Ho Chi Minh was a Vietnamese nationalist and communist leader, president of North Vietnam from 1954 through to 1969, and one of the most influential political leaders of the 20th century. This portrait would have been mass produced in North Vietnam during the Vietnam War. This screenprint was found by members of C Company, 7 RAR on 27 October 1967 during operation SANTA FE in the Thua Tich area of Phoc Tuy Province, who presented it to the Memorial in 1968.