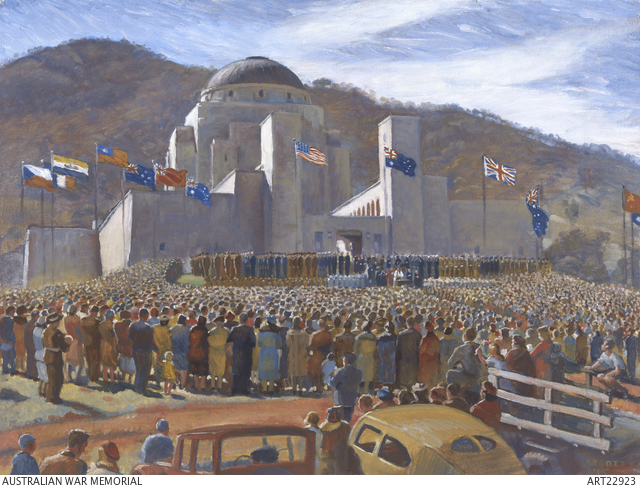 People celebrate Victory in the Pacific Day at the Australian War Memorial main building in August 1945. Allied flags are being flown, and Mount Ainslie can be seen in the background. Two 1940s cars are parked on what is now the Parade Ground. In the left foreground are a couple, the returned soldier holds their baby in his arms. In front of them are another military family, the small girl holding her father's hand is pictured facing the viewer. Harold Abbott enlisted in the Australian Imperial Force in 1941 and in 1943 was appointed acting lieutenant as a war artist in 2/9 Australian Field Regiment. He spent the next two years as an official war artist.