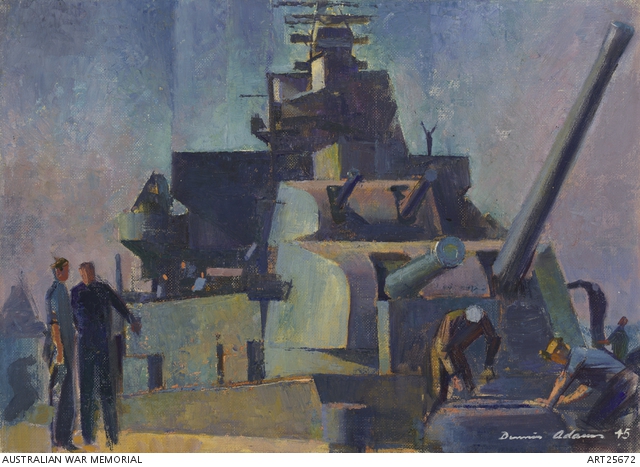 The cruiser's guns and mast are represented in a cubist manner which conveys energy and strength. Numerous sailors working onboard the ship are painted in a similar angular style. The painting communicates a vital union between the skill and labour of the men and the performance of the warship. Originally of the Royal Navy, the 'Shropshire' was transferred to the Royal Australian Navy after the loss of the heavy cruiser HMAS 'Canberra' on 9 August 1942 in the Battle of Savo Island. Shropshire, an 8-inch heavy cruiser, saw extensive service in the Pacific, taking part in the American and Australian landings in Dutch New Guinea, the Philippines and Borneo.