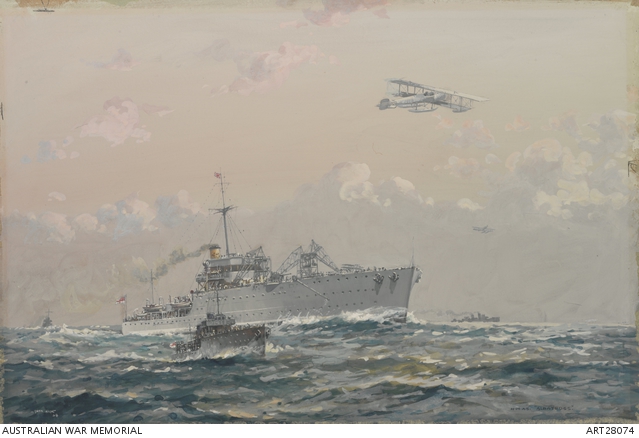 Watercolour depicting HMAS Albatross, a seaplane carrier, and consorts. Note the seaplanes in the upper portion of the painting. HMAS Albatross was built at Cockatoo Island dockyards, Sydney and was launched on 21 February 1928 and commissioned on 23 January 1929. She had the capacity to carry nine Vickers Supermarine Seagull Mark III Amphibian aircraft but during her RAN service she usually only carried six. Albatross participated in routine cruises and exercises with the Australian squadron until 26 April 1933 when she paid off into reserve as a result of the economic depression. In July 1938 Albatross was transferred to the Royal Navy as part payment for the cruiser Hobart.