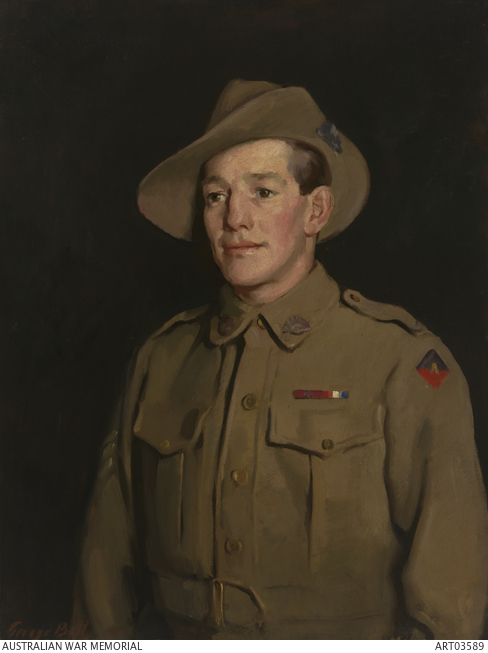 Portrait of Sergeant William 'Rusty' Ruthven (1893-1970) of the 22nd Battalion, AIF. Sergeant William Ruthven was awarded the Victoria Cross for conspicuous bravery and initiative in action in Ville-sur-Ancre in France during the First World War. Born in Collingwood, Victoria, William Ruthven became an engineer and was employed in the timber industry prior to his enlistment in April 1915. During his first tour of duty in the forward area of Fleurbaix Ruthven was wounded. He returned to Australia in October 1918. During the 1920s he moved to a soldier settlement block at Werrimull but he returned to the city in 1931, later working for the State Rivers and Water Supply Commission. In 1945 he was elected to the Collingwood Council and became Mayor in 1945. During the Second World War he served with the 3rd Garrison Battalion and other Garrison Units, including those centered around Murchison, Victoria's largest prisoner of war camp. He sat in the Victorian Legislative Assembly from 1945 until 1955 as a Labour member for Preston.