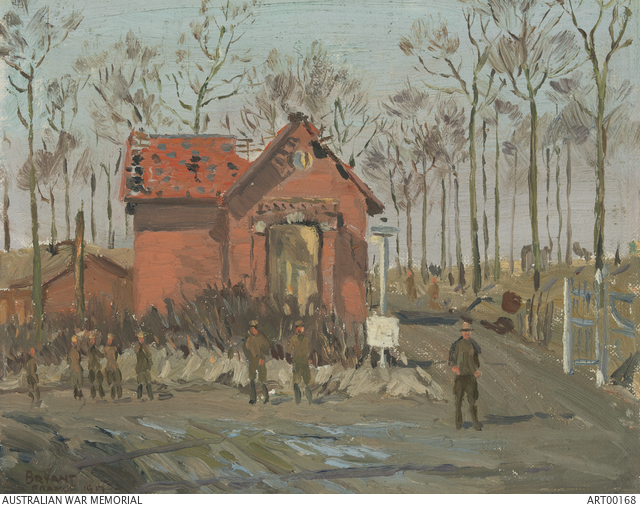 Painting of a war damaged landscape, soldiers and village buildings, including the Red Lodge at Hyde Park Corner in Ploegsteert, Belgium, during the First World War. Although this work has the date 'November 1917' in the title, the work was most likely completed in December 1917, as the artist did not arrive in Belgium until the 12th of that month.