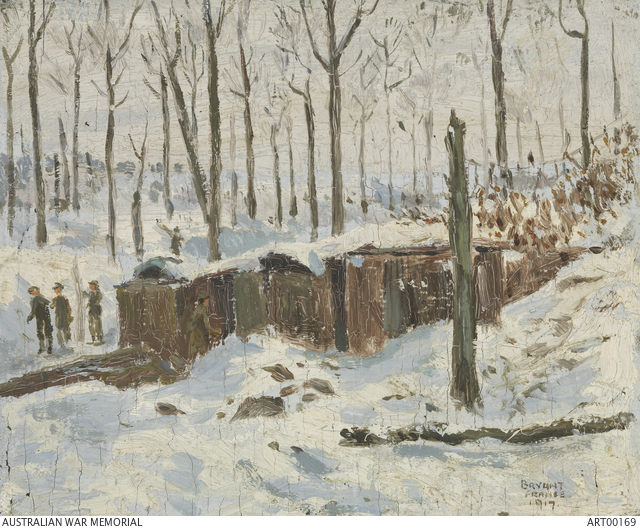 Painting of Hill 63, the Battalion Headquarters in Belgium during the First World War. The shelter was known as the `Catacombs' (a massive system of underground bivouacs) was dug by the 1st Australian Tunnellling Company in the spring of 1917, and was closer to Ploegsteert (Plugstreet) in Belgium than to Messines. Many Australians found the `catacombs' comfortable to live in during the winter of 1917-18. Hill 63 protected the broad entrance from all gunfire other than long-range howitzers.